It was Christmas Eve in the mid-1960s. Winter quarter at the U had ended two weeks earlier and U alum Boyce Yanik and his Sigma Nu fraternity brothers had celebrated the holidays with their Christmas formal and a Sub for Santa Party for a family of 12 children, organized by The Salt Lake Tribune for those in need. “With fifty dollars left over, we called the Trib to ask if there were others still on their list. By chance they had just received a call about a family new in the West Jordan area,” says Yanik.

Trying to find the house in a snow-covered West Jordan field (before the benefit of GPS) was challenging. But when they saw smoke in the distance coming from the chimney of a small house, they were encouraged. “The father greeted us in a language we didn’t understand and invited us into the warm one room house,” says Yanik. “Snow was melting above the windows and the floor was dirt covered with a piece of linoleum. We gave each of the two children a gift, the parents a ham for dinner, and the five-day-old baby a blanket for her white refurbished crib. And although we were unable to commu-nicate with words, I understood that this was Christmas for them and the smiles and joy on their faces were the best gift I have ever received.”

Yanik went on to receive a bachelor’s degree in communication from the U’s College of Humanities in 1966 and credits his Sigma Nu and U experiences for preparing him for his ensuing 30-year career in the field of education.

Fast forward to 2017 and you’ll find that same joy of giving still burning strong in Yanik. Now nearing his 75th birthday, he has been considering how he might make a difference for others. With the belief that “the life blood of any great nation is education, to which most problems and successes can be traced,” and with his lifelong devotion to his Sigma Nu fraternity, he decided to establish an endowed scholarship program as a way to defray educational costs for undergraduate students who are active Sigma Nu members— “for individuals who want to attend the university but are not easily able to include the fraternity experience that I hold close to my core,” he says.

Ethan Burkett, a senior in the U’s environmental and sustainability studies program, is the first recipient of the Yanik Scholarship. As a full-time student, with an unpaid internship, nine hours of LSAT classes each week, and serving as chair of Sigma Nu’s philanthropy efforts, “I am simply out of hours during the day to work a paid job,” he says. “This scholarship gives me the opportunity to have more time to put toward my commitments. Knowing someone out there believes in my ideals and is willing to help me is an incredible feeling.”

Yanik’s generous contribution establishes the first-ever endowed scholarship for students from a fraternity or sorority on the U campus and provides the gift of full in-state tuition for the fall and spring semester for up to three students who meet the criteria. The scholarship is administered by the U’s Office of the Dean of Students.

“The [Sigma Nu] fraternity creed, ‘Love, Honor, Truth,’ became a guide for my life,” says Yanik. “Like marriage and friendships, what one contributes will determine the gifts received.” 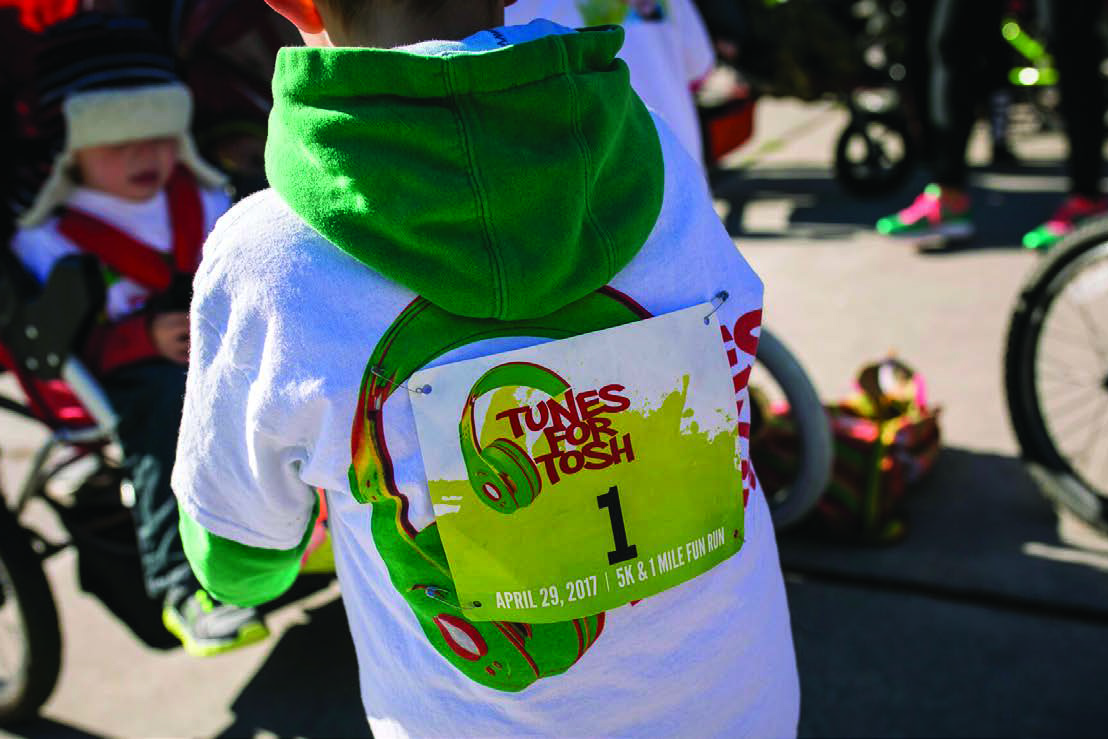 Tosh rides his bike around Sugar House Park during the fun run, spreading joy among the crowd.

Tosh rides his bike around Sugar House Park during the fun run, spreading joy among the crowd.

After four years of tests and appointments with seemingly every specialist in the Salt Lake Valley, Shauna and Brook Bingham felt no closer to finding out what was causing their young son Tosh’s serious speech, cognitive, and behavioral delays. There were tears, sleepless nights, and hours wondering what the future held for Tosh. “To not know what’s wrong with your child is challenging in so many ways,” says Shauna.

Then, last fall, Tosh was selected to be part of the Penelope Program, University of Utah Health’s pilot program for undiagnosed and rare conditions in the Department of Pediatrics. The program works to provide answers and set patients on a path to an integrated care plan. After sequencing the Bingham family’s DNA, the medical mystery was solved. Tosh was diagnosed with an extremely rare spontaneous change in one of his genes that affects how a part of his brain works, in particular its ability to control gait, muscle coordination, and speech. Doctors developed a care plan of intense speech and occupational therapy, and are now working to better understand this condition and pave the road for more effective treatments. Shauna and her family were ecstatic to find a cause, and they also discovered an incredible support network. Tests were done at no charge, which is the case for all enrolled in the Penelope Program, and now, even after diagnosis, the doctors are still passionately involved in helping Tosh. With her son in treatment, Shauna felt compelled to help others who also were caring for a child with an unknown malady. Using her fundraising experience, she established the Tunes for Tosh 5K and Family Fun Run. On April 29, more than 300 people arrived at Sugar House Park to support children like her son. Shauna says the event was a success because of its namesake—Tosh.

Running around and riding his bike at the event, Tosh made people laugh and cry. “His love for life helped people embrace the love and laughter of the day… People want to be around him and to support him in any way possible,” says Shauna. After the fun run, the Bingham family presented the proceeds from Tunes for Tosh to Dr. Lorenzo Botto, director of the Penelope Program, and the team who helped in Tosh’s diagnosis. Through the Penelope Program, the $14,300 gift will benefit other families and patients like Tosh. “We are humbled by and grateful for the support and passion of Shauna and the Bingham family,” says Dr. Botto. “With support such as this, we can help more families discover the roots of mysterious conditions, make a comprehensive care plan, and pursue new treatments. This is the future of medicine.” Shauna and her family have committed to hosting a Tunes for Tosh Family Fun Run annually.