Young girls’ minds are full of fancy—maybe they daydream about the latest fashions, pop bands, or shopping at the mall. A U program is adding to those dreams by showing how the opportunity of a college education can be part of any young girl’s future. Young women who otherwise might not consider going to college are broadening their horizons by participating in the Go Girlz Community Initiative.

Developed in 2004 by the Women’s Resource Center at the U, Go Girlz has a goal to target underserved female students in grades six to 12 in the Salt Lake City School District and give them early exposure to higher education. Many of the recruits include minority, first-generation, and economically disadvantaged students.

Go Girlz received initial support from the U’s Office of Student Affairs, and then grants started coming in. With generous support from the Lawrence T. & Janet T. Dee Foundation and the Hemingway Foundation, Go Girlz in 2013 expanded to 75 the number of students it reaches each year. Support from University Neighborhood Partners this past year allowed the program to have its first full-time coordinator.

During the school year, the coordinator meets 12 times with each school cohort and provides programming to address self-esteem issues, study skills, classroom behavior, creative projects supporting personal growth, and other types of activities that are meant to guide the girls toward an understanding of what preparing and pursuing higher education involves. Female college students from the U serve as mentors, often sharing their experiences, such as personal choices and study habits they developed to prepare themselves for higher education. The program strives to provide role models who can reflect back to the young girls their socio-economic and racial profile. Some classes will have primarily African American girls, and others might have Latina and/or Pacific Islander students. Regardless of the makeup of the cohort, mentors are recruited who can relate directly to the students.

“As of fall 2013 we have graduated six Go Girlz from the University of Utah and have 27 former Go Girlz students currently enrolled here,” says Debra Daniels, director of the Women’s Resource Center. “We see the Go Girlz program as an early intervention and early recruitment effort to address not only the goal of educating young women who have historically fallen through the cracks of public education, but also to address the stated goal of the University of Utah to recruit and retain women and minority students.” 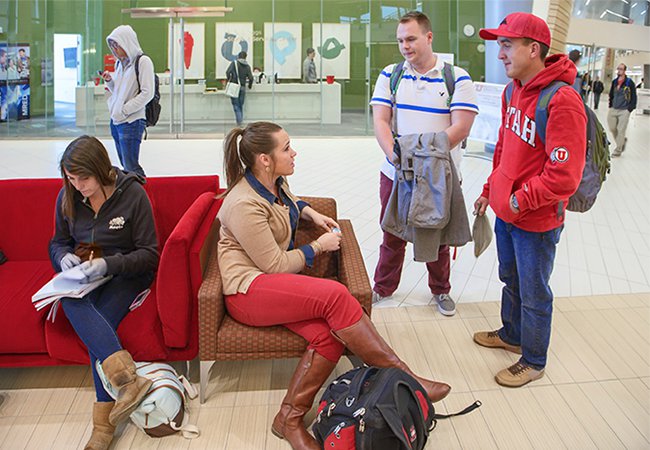 To help ensure a bright and strong future for the U and its students, you may choose to make a single gift, spread your contributions over a period of time, or choose a deferred giving option. Your gifts are deeply appreciated and we will steward them with care.

For more information regarding the Office of Development at the University of Utah such as events, publications and other helpful links, please visit our website.