Verl and Shirley Benzley’s generosity has benefited many areas of campus.

When Verl Benzley passed away unexpectedly in 2011, his wife Shirley wanted to do something special to honor him. Although he had retired from his work life as a banker with First Security Bank, he was a teacher at heart. Graduating from the U in 1961 with a bachelor’s degree in history, he spent the next six years teaching at Glendale Junior High and East High in Salt Lake City.

“Earning Teacher of the Year from his students, while also working part-time with First Security Bank, was a highlight of Verl’s work career,” says Shirley. The framed certificate he received from the Future Teachers of America hangs in their home. Next to it is a congratulatory letter from First Security Bank President George S. Eccles which reads, in part, “This is certainly excellent recognition and a wonderful honor…you are deserving of it.”

As a tribute to Verl’s deep feelings for education, Shirley established the C. Verl Benzley, Jr. Endowed Teaching Scholarship in the College of Education to help defray educational costs for students who are studying to become teachers. 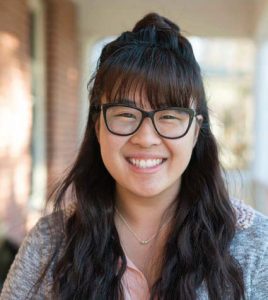 Christal Liu one of the first two recipients of the Benzley Scholarship.

Recent graduates Christal Liu and Zeke Michel have the distinction of being named the first two recipients of the new scholarship. Both Liu and Michel graduated in 2017 with bachelor’s degrees in special education and an emphasis in severe disabilities.

“I am interested in the teaching profession because I love interacting with kids,” says Liu. “I have a brother who is in special education classes and working with him has helped me develop a passion for working with others with similar challenges.” The Benzley Scholarship helped Liu with educational expenses and allowed her more time to focus on her studies and to volunteer in local schools. “Shirley Benzley’s generosity has encouraged me to pursue a graduate degree in special education and has inspired me to follow her footsteps.” She too hopes to give back to future educators. 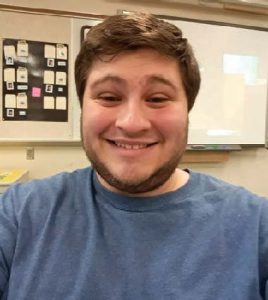 Zeke Michel is one of first two recipients of the Benzley Scholarship.

Michel is currently teaching an extended core curriculum unit in Canyons School District. “I love every minute of it,” he says. And although he has not met Shirley, he says, “I would like her to know how grateful I am for the scholarship and to be given the opportunity to work in this field. I am truly in my dream career.” Michel says the scholarship made it possible for him to graduate a year early with minimal debt, which is one of the goals of the scholarship. “I am currently thriving!” he says.

The generosity of Shirley and Verl Benzley has circulated throughout campus since 1959 when they first moved back to Salt Lake from San Francisco and bought season tickets to Utah football (a tradition Shirley continues today). Their connection to the U grew stronger as both their children graduated from the U. Over the years, the Benzley’s generosity has benefitted many areas of campus, including the David Eccles School of Business, where several years ago they established an endowed scholarship in honor of Verl’s father. And now, College of Education students who are studying to become teachers may apply for this new scholarship. “He would be so pleased that a scholarship bearing his name supports students with a desire to teach,” says Shirley. “Verl felt there is nothing as rewarding, and hard, as teaching.”