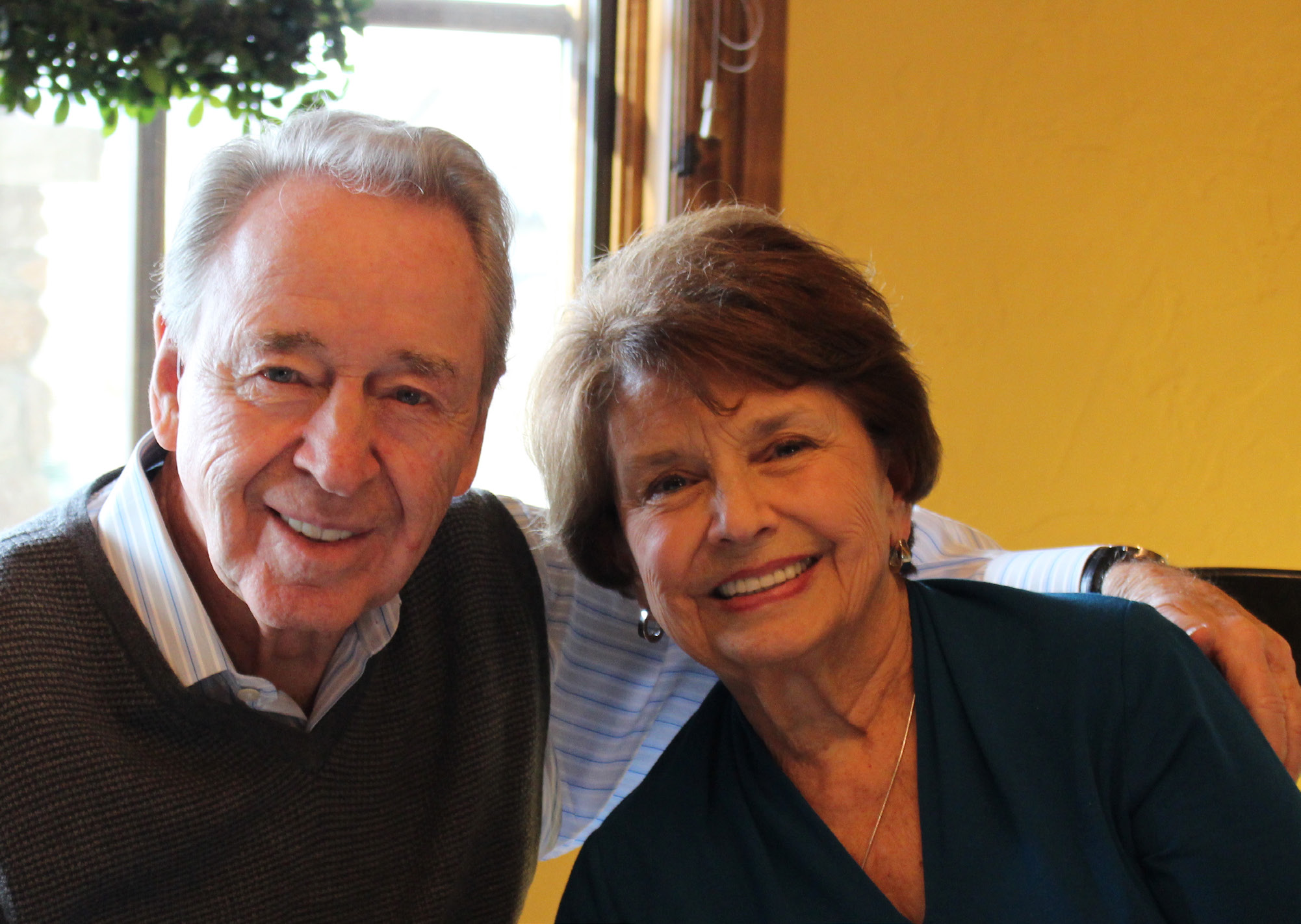 Bill and Pat Child have a long history of generosity at the U, supporting myriad areas and programs throughout campus.

Bill and Pat Child’s support of the University of Utah dates back to the early 1970s when their initial gifts provided funding to Pioneer Theatre, athletics, and the President’s Annual Giving Fund. With a consistent history of annual gifts since, their generosity has touched countless areas of campus. A recent example is their support of the Department of Finance in the David Eccles School of Business and several student scholarships there.

The Childs’ gifts to the business school actually started in 1999 when Bill, a U alum and CEO of R.C. Willey Home Furnishings, was the distinguished speaker at a year-end banquet for the school’s undergraduate finance club.

“The club was preparing to establish a fund where students could learn about investing by managing a portfolio of stocks using real money,” says Elizabeth Tashjian, a professor and undergraduate finance director at the school. “Bill was impressed by the students’ enthusiasm for the enterprise and he and Pat quietly wrote a check to help build capital for the fund. In the nearly two decades since, the Student Investment Fund has grown from its initial $50,000 to over $500,000 through the generous support of the Childs, along with several additional donors, and from investment gains.”

The funds are managed by an exceptional group of undergraduate finance students who take honors courses, conduct research, make investment decisions, and present their findings to distinguished professionals in the finance community—which includes Bill Child. Most recently, Bill and Pat established the Child Scholars, a program for senior students who participated in the investment fund the previous year and are now giving back by serving as mentors to current students. 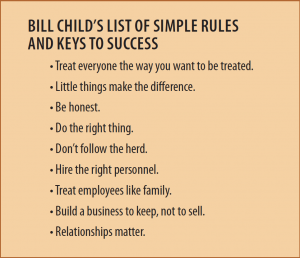 Bill’s business career began in the small town of Syracuse, Utah, where he was born and raised, and where he lived with his first wife Darline and their four young children. He worked with his father-in-law, Rufus Call Willey, going door to door selling stoves, washers, and refrigerators from the back of a truck. When Willey passed away in 1954, Bill and his mother-in-law took over the small, one-man operation, eventually expanding its merchandise to include home furnishings. A decade later, Darline passed away due to complications from a blood clot at the untimely age of 31. Later, Bill met Patricia Wright and they married in 1966. They have four children together. Pat also helped to raise Bill’s other four children.

Under Bill’s leadership, the R.C. Willey company grew into a $1 billion-plus business, with stores in multiple western states. “I had the attitude that I could succeed in anything I wanted to do as long as I was willing to pay the price and work hard,” says Child, explaining his accomplishments. “My education provided me with the confidence I needed to solve problems. I have tried to be honest in all my dealings, both personal and business. Integrity is so important. People being able to trust you is a huge part of success.”

After 48 years as CEO of the company, Bill was ready to sell—but he needed to find the right buyer. And that he did—in Warren Buffett—whose Berkshire Hathaway company bought R.C. Willey in 1996. Bill continued working as CEO until his retirement in 2003, and still enjoys spending time there.

“Bill Child represents the best of America,” writes Warren Buffet, in his foreword to the 2009 biography on Child, How to Build a Business Warren Buffet Would Buy: The R. C. Willey Story. “In matters of family, philanthropy, business, or just plain citizenship, anyone who follows in his footsteps is heading true north.”