The University of Utah’s National Advisory Council is comprised of a distinguished volunteer corps of prominent alumni and friends. Established in 1968, the council serves the university through its advice and involvement in areas ranging from alumni programs and fundraising to legislative relations and student affairs. Four new members began their terms in April. 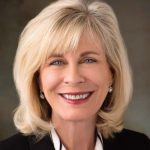 Cathy Angstman is senior vice president and financial advisor at Morgan Stanley Wealth Management. She graduated magna cum laude from the U in 1979 with a bachelor’s degree in finance and management and received an MBA in 1980. As a student, Cathy served two internships with the Hinckley Institute of Politics, was a member of the Beehive Honor Society, served with ASUU, and was a member of Kappa Kappa Gamma Sorority. She is a former member of the Young Alumni Board, the College of Business Alumni Board, Red Butte Garden’s board of advisors, and is a longtime member of the Crimson Club. Cathy has served as chair of United Way’s Women United for the past three years and currently serves on its board of directors. 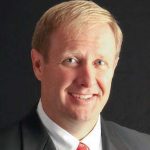 Jack Buttars is president and CEO of University Federal Credit Union, which currently provides financial services to more than 93,000 members. He received his bachelor’s degree from the U in 1996 and an MBA from Westminster College in 1999. Jack is a member of the Association of Certified Fraud Examiners and the Association of Credit Union Internal Auditors. At the U he has served on the boards of the Alumni Association and Pioneer Theater Company, and in 2010 chaired the homecoming committee. He currently serves on the Board of Advisors for Undergraduate Advancement and most recently was appointed co-chair of the Union Visioning Task Force. Locally, Jack is involved with the Juvenile Diabetes Foundation, Boy Scouts of America, and the “Warm the Soles for Kids” program, which provides shoes to needy children in the Salt Lake area. 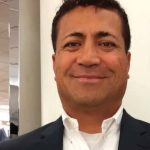 Molonai Hola is president and CEO of Pure Energy Capital, a venture capital and hospitality development firm in Salt Lake City. He was born in Futu’mu, Tonga, where he lived with five siblings until 1970, when the family moved to Utah. He received a bachelor’s degree in economics from the U in 1991, where he served as student body president and received a football scholarship. He graduated in 1993 from Arizona State University with an MBA, and in 1995 received a master’s degree in international management from Thunderbird International Business School. He graduated from Harvard Business School OPM (Owner/President Management) Program in 2002 and in 2006, in partnership with the Hinckley Institute of Politics, created 20 scholarships and 15 internships for Pacific Islander students in honor of his father, Daniel Hola. 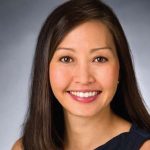 Janice Ugaki is president and co-founder of Firmseek, a marketing and technology company based in Washington, D.C. Janice also lectured at Harvard Law School, designed and taught courses at Harvard College, and worked in the corporate departments of law firms in Tokyo, New York, San Francisco, Boston, and Salt Lake City. She received her juris doctorate from Harvard Law School and was a Rhodes Scholar at Oxford University. She graduated summa cum laude from the U with honors bachelor’s degrees in finance and political science, and a minor in Japanese. Janice co-chairs the U’s Honors College National Advisory Board. She has served on the College of Science Advisory Board, and as an adjunct professor in the Honors College, and was a member of the U’s Presidential Search Committee.