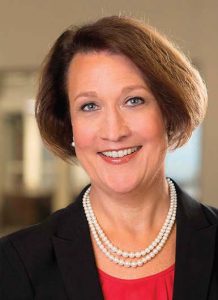 Watkins is the first woman to serve as president of the university in its 168-year history.

Jerilyn S. McIntyre served as interim president of the U twice, for two months in 1991 and all of 1997.

Watch for an in-depth profile of President Watkins in the summer issue of Continuum, due out in June.