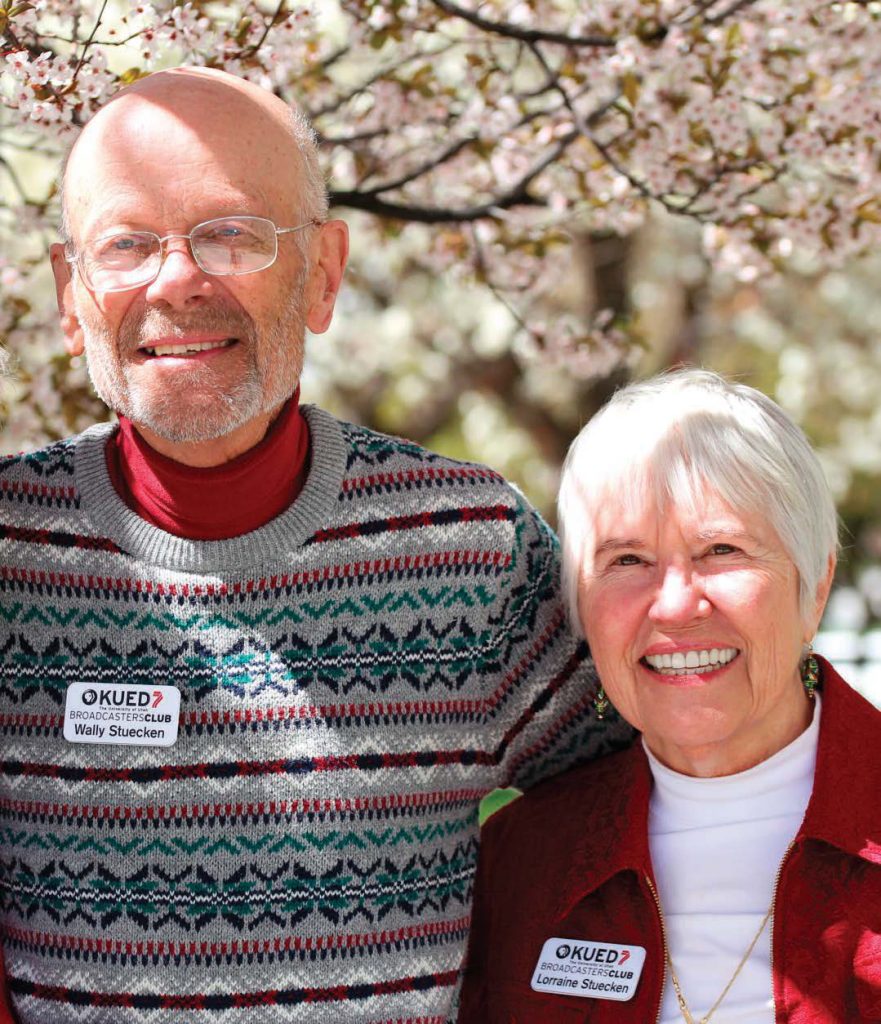 University donors Wally and Lorraine Stuecken are big fans of charitable gift annuities. They recently established one to benefit KUED 7, the U’s public television station. “The community is important, and we feel KUED is a big part of improving that community,” says Lorraine. “We want to be part of supporting it.”

The Stueckens, who moved from Detroit to Park City 10 years ago, played a starring role in a 60-second public service announcement for KUED 7’s recent pledge drive, championing the value of gift annuities. “We are now famous among our friends!” jokes Lorraine.

The Stuecken’s interest in gift annuities began while they were living in Michigan. Wally was the technical director for an automobile supply company and Lorraine was an educator for 30 years, teaching pre-school to adult education.

One evening at a performance of the Detroit Symphony, Lorraine was glancing through the evening’s printed program during intermission and saw a small notice encouraging symphony patrons to consider making a charitable annuity gift. Charitable gift annuities are attractive because, in addition to supporting a worthwhile cause, the donor benefits by receiving lifetime income from the gift at a rate that is often higher than current bank rates. That small pitch in the program became a tipping point for the Stueckens, and they established their first charitable gift annuity with the Detroit Symphony. They have continued their involvement with gift annuities ever since.

While living in Park City, Lorraine and Wally discovered KUED 7 and recognized its value to the community and to their own lives. They understood the importance of KUED’s extensive translator network that reaches Utah’s rural communities and portions of Wyoming, Colorado, Arizona, Nevada, and Idaho. Wanting to demonstrate their support, they understandably looked into gift annuities as a vehicle for their gift. “We enjoy the station,” says Wally. “We spend about 75 percent of our television time watching KUED.” They especially liked the recent “Victoria” series and, not surprising, the long running and highly popular “Downton Abbey.” They also enjoy the nature and science programs—and the mysteries. “The only time I spend on regular TV is for sports,” says Wally.

The Stueckens established their gift annuity for KUED in 2015 and have enjoyed the many benefits of being members of its Broadcasters Club.

Charitable gift annuities are one of many ways to support the U, and they offer especially attractive benefits to donors, including fixed payments for life, receiving a charitable income tax deduction for the charitable gift portion of the annuity, benefiting from payments that may be partially tax-free, and, of course, the fact that you are furthering the charitable work of the University of Utah with your gift. “It’s a very intelligent investment,” says Lorraine. “It’s a win win win!”

For more information about charitable gift annuities, check online at http://uofuplannedgiving.org/ or contact the U’s Development Office at 801-581-6825.