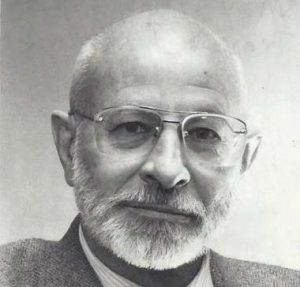 This is how Trevor McMinn was described and remembered by his family and friends after his death on November 4, 2013. Born in Salt Lake City in 1921, McMinn was a U alum, graduating in 1942 with a bachelor of arts degree in physics from the College of Science. He went on to receive his doctorate in mathematics in 1955 from the University of California, Berkeley, with a specialization in mathematical logic under Tony Morse, a noted mathematician. After working six years at the University of Washington, he moved in 1963 to the Department of Mathematics at the University of Nevada, retiring in 1988 as professor emeritus. As part of his exceptional legacy, McMinn left a planned gift of $1.3 million to establish an endowed chair in mathematics at the University of Utah. The McMinn Chair is a memorial to a great man. His generosity will make it possible for the Department of Mathematics to recognize its top researchers.

On November 16, 2017, U mathematics professor Christopher Hacon was named the inaugural recipient of the McMinn Presidential Endowed Chair of Mathematics, a five-year appointment/position.

Born in England and raised in Italy, Hacon has been interested in numbers since he was a boy and discovered how much he liked finding patterns and seeing relationships between numbers. Using a calculator, he would try to figure out how many seconds are in one year, or the cost of all the books in his house—a clear hint at what was to come.

Hacon arrived at the U as a postdoctoral scholar in 1998 and came back as a professor in 2002. He is particularly interested in objects that exist in more than three dimensions. He and his colleagues have applied studies of these objects to extend the “minimal model program”—a foundational principle of algebraic geometry—into higher dimensions. The American Mathematical Society has lauded their work as “a watershed in algebraic geometry.”

“The McMinn Endowed Chair allows us to further support and promote some of the world-class, groundbreaking mathematics research that is currently being undertaken in our department,” says Davar Khoshnevisan, chair of the U’s Department of Mathematics. “It is befitting that the first McMinn Presidential Endowed Chair of Mathematics has been awarded to Professor Hacon. He is an internationally recognized mathematical scientist of the highest caliber, whose work will motivate and deeply affect the next several generations of brilliant algebraic geometers.” 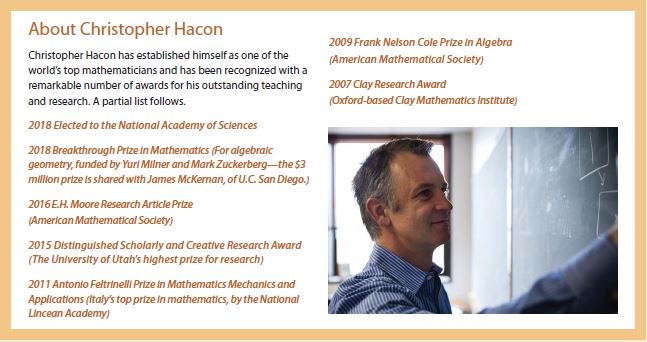