The National Advisory Council is a group of approximately 130 individuals who work closely with the university’s leadership and administration to improve the relationships between the U and its constituencies throughout the state and beyond. Council members help implement programs necessary for the development and maintenance of the university’s resources and contribute to a clear sense of university purpose and direction. Members graciously contribute their time, judgment, and insight to further the university’s mission and assist in its advancement. 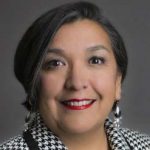 REBECCA CHAVEZ-HOUCK
A Utah native, Rebecca Chavez-Houck holds a B.A. in Journalism and Mass Communication and a Master of Public Administration (MPA), both from the University of Utah. She represented Salt Lake City’s District 24 in the Utah House of Representatives from 2008-18, focusing primarily on public policy related to health and human services as well as voter engagement and access. She served as House Minority Whip (2014-16) and House Minority Assistant Whip (2012-14). Rebecca came to the state legislature with a 30-year track record as a media relations and public affairs staffer for a variety of Utah nonprofits, including Centro de la Familia de Utah, the Natural History Museum of Utah, and Girl Scouts of Utah. 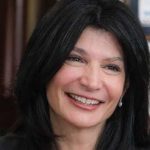 LILY ESKELSEN GARCÍA
Lily Eskelsen García started her career in education as a school lunch lady in a Head Start preschool. She worked her way through the University of Utah as a starving folk singer, earning a bachelor’s degree in Elementary Education and a master’s in Instructional Technology. Named 1989 Utah Teacher of the Year, Lily then was chosen to represent Utah teachers as president of the Utah Education Association. She’s also been a candidate for U.S. Congress and president of the Utah State Retirement System. Today, Lily is president of the nation’s largest union, the National Education Association, and serves an appointment on the U.S. President’s Advisory Commission on Education Excellence for Hispanics. 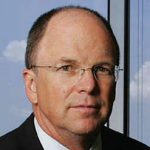 JIM QUIGLEY
Jim Quigley is well established in the world of high finance. He originates from Kanosh in southern Utah (population 400) and received an undergraduate degree from Utah State University. He rose to become global CEO of Deloitte & Touche, the largest professional services company in the world. Since retiring from his active role at Deloitte & Touche, he has dedicated himself to writing books, public speaking, board service, and helping other professionals become more effective leaders. 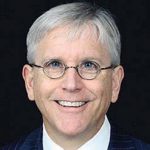 KIRK RIRIE
Kirk Ririe has had a distinguished career in science and technology, one that earned him several professional awards for his personal contributions and for the success of his companies. In 2011, he invented and subsequently secured FDA approval for the FilmArray System and Respiratory Panel, a user-friendly advancement in point-of-care medical diagnostics. He is broadly educated in chemistry, education, languages, and communication. In 2014, the College of Science inducted Kirk into the Science Hall of Fame. 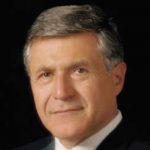 KHOSROW SEMNANI
Born in Iran, Khosrow first studied in England before immigrating to the United States in 1968. He completed his undergraduate work in physics and chemistry at Westminster College. Khosrow then went on to earn his graduate degree in engineering management at the U before starting his professional career at Kennecott Copper. Eventually, he founded several companies, including Envirocare (now EnergySolutions under new ownership) and S.K. Hart Management. He and his wife, Ghazaleh, in 1993 created the Semnani Family Foundation, which focuses on humanitarian relief across the globe. The foundation also created the Maliheh Free Clinic in 2005 to provide free health care to uninsured and low-income people in the Salt Lake City area.