The University of Utah’s National Advisory Council is comprised of a distinguished volunteer corps of prominent alumni and friends. Established in 1968, the council serves the university through its advice and involvement in areas ranging from alumni programs and fundraising to legislative relations and student affairs. Five new members began their terms in April. 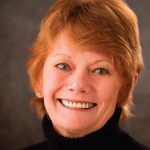 Sharee Jack Gallivan has a bachelor of fine arts degree from the University of Utah. While a student, she was affiliated with Alpha Chi Omega and was active in Panhellenic Council and Angel Flight. The daughter of former U athletic director, Bud Jack, Sharee is a lifelong and avid Ute fan. She is a painter—in oil and watercolor—and devoted to needlepoint arts. Sharee served on the board of Children’s Dance Theater and, along with her husband, Mickey, supports the Children’s Center, various animal welfare organizations, as well as several U entities. Sharee and Mickey have three children. 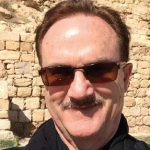 Thomas Kearns McCarthey, Jr. is a fourth generation Utahn. He worked at The Salt Lake Tribune for 30 years and owned an art gallery in Park City for 15 years. He is a former member of the University of Utah Hospital Foundation Board of Trustees, as well as an emeritus member of the U’s Health Science Advocates. He continues to travel the world and attend sporting events. Tom is married to Mary Schubach McCarthey, has two daughters, Rachele McCarthey and Dominique Aragon, and three grandchildren. 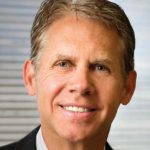 Keven M. Rowe is president and shareholder at Jones Waldo Law. He received his bachelor’s of arts degree from the University of Utah in 1983 and his juris doctorate from the S. J. Quinney College of Law in 1986. Keven is the former president of the Alumni Association Board of Directors and served on the U’s Board of Trustees. He is a past member and president of the Kingsbury Hall Advisory Board and is an avid supporter of Utah athletics. He and his wife, Susan, have three children. 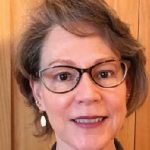 Paula J. Swaner Sargetakis was raised in a family dedicated to community, ranching, and environmental education. Her family created the Swaner Nature Preserve and Eco Center in Summit County to honor her late father, Leland S. Swaner. Paula and her husband, Joe, created Frog Bench Farms, an intensive urban garden, fully integrated in a residential community. They provide organic produce to local restaurants, and share what they have experienced with local nonprofits and students in the greater Salt Lake City area. At the U, Paula currently is serving her third year on the board of advisors for the Natural History Museum of Utah and as an emeritus member of the Educational Resource Development Council for the Health Sciences. 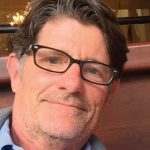 Jeffrey K. Scott is president and director of Scott Machinery Company, dba Intermountain Bobcat, in Salt Lake City. He has served in leadership roles for several civic, professional, and University of Utah organizations, including as chairman of the College of Social and Behavioral Science Advisory Board and as a member of the President’s Club and Crimson Club. He is a past member of the Salt Lake Community College Foundation and Utah Big Brothers Big Sisters. Jeff has a bachelor’s of arts degree from the U and holds a master’s degree in business administration from the Thunderbird School of Global Management at Arizona State University. He and his wife, Sarah Shepard Scott, have three sons.