A Salt Lake City couple, devoted to the arts, has established a major endowment fund to support education and outreach programs at the Utah Museum of Fine Arts at the University of Utah. The Ann K. and J. Robert Stewart Endowed Fund in the Utah Museum of Fine Arts, created with a generous $500,000 gift, will support staffing, programs, and operations for the museum’s education and engagement department. The gift will extend the already considerable reach of a staff that brings hands-on arts education to more than 15,000 teachers, students, and communities across the state.

“Bob and Ann Stewart were lovely people who understood the value of arts and arts education in our community and helped strengthen many important cultural institutions,” says Gretchen Dietrich, the museum’s executive director. “This generous gift will support in perpetuity the kinds of educational and outreach programs to which they were so committed. The gift is a remarkable legacy for Bob and Ann, and we are humbled and deeply grateful for their generosity.” 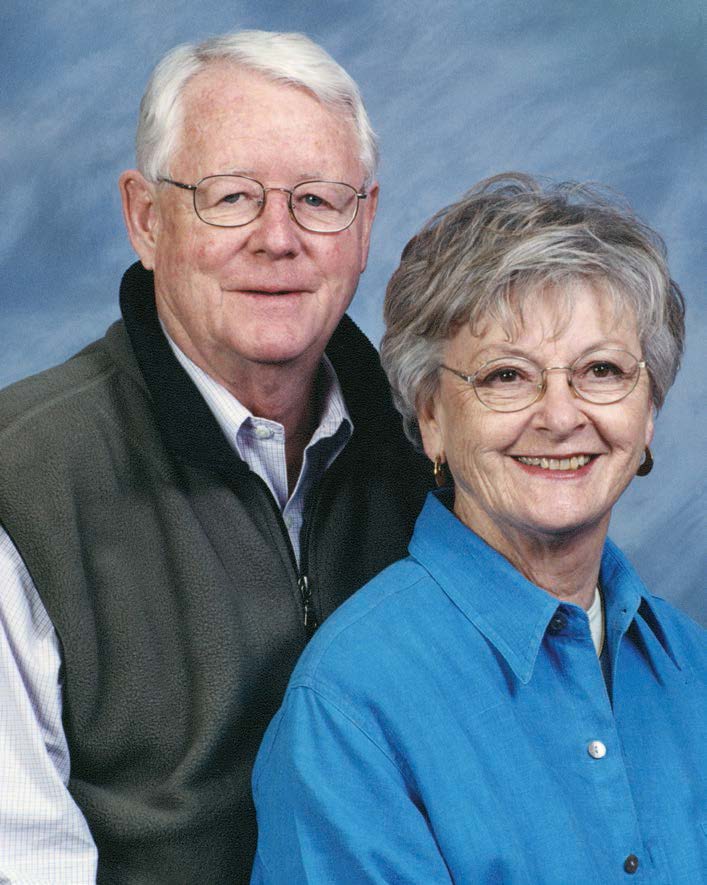 Bob and Ann Stewart’s endowed gift to UMFA will take hands-on arts education to communities across the state.

The Stewarts were faithful supporters of many local arts organizations, including the Utah Symphony and Ballet West. Ann, a Provo native, received a bachelor’s degree in art and art history from the U’s College of Fine Arts in 1955. Her love of the arts and education was inherited from Ann’s mother, who inspired her with her own watercolors and encouraged her studies of the arts. After graduating, she taught in Salt Lake City, Boston, and Chinon, France. Ann dedicated herself to the UMFA for more than 20 years as both an employee and a volunteer. She became one of the museum’s first docents in 1979 and joined the museum staff in the 1980s as associate curator of education. She was instrumental in creating and fostering programs—many of which still thrive today—that serve elementary school students and senior citizens.

After Ann’s death in 2006, her family, fellow docents and staff, and the UMFA ensured her legacy by creating the Ann K. Stewart Conservation Fund, which supports the care of the precious works in the museum’s permanent collection. Docents continue to contribute generously to that fund, which has supported the conservation or assessment of more than 50 objects.

When Bob, a radiation oncologist and leader in cancer research at the U, passed away in July 2014, his family requested that gifts be made in his memory to support the work that he and Ann began at the museum.

This thoughtful gift in honor of the Stewarts’ commitment to arts and arts education is a wonderful example of the generosity of our donors. We extend a heartfelt thank you to the Stewart family.