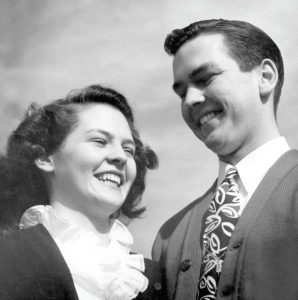 University of Utah Health announced, on June 15, the creation of a new endowed chair, The Dr. Russell M. Nelson and Dantzel W. Nelson Presidential Chair in Cardiothoracic Surgery, to honor the legacy of a medical pioneer and global leader. Now president of the Church of Jesus Christ of Latter-day Saints, Russell Nelson is a recognized pioneer in heart surgery who led the University’s cardiothoracic program more than 60 years ago. Dantzel White Nelson, who graduated from the U in 1946 with a bachelor’s degree in music, from the College of Fine Arts, was his first wife, who passed away in 2005. Craig H. Selzman, the Division of Cardiothoracic Surgery’s current leader, is the inaugural chair holder.

“President Nelson is today acknowledged as one of the world’s most influential leaders of faith,” said Ruth V. Watkins, president of the University of Utah. “Before his call to the church, he was a giant in the field of health science, an innovator who pioneered new technologies and methods, and an educator who trained generations of cardiac surgeons. With the creation of this chair, the university proudly recognizes his accomplishments and ensures that his intellectual inheritors are equipped to carry forward his vision.”

Nelson graduated from the University of Utah in 1945, where he also earned his medical degree in 1947. He did post-doctoral study at the University of Minnesota, where he and fellow researchers developed a heart-lung machine that in 1951 supported the first-ever human open-heart surgery. Returning to Utah, Nelson became the first surgeon to perform open-heart surgery in his home state using this innovative technology. Driven by a desire to pioneer health, he worked as a surgeon at LDS Hospital and served as a faculty member in surgery and director of the Thoracic Surgery Residency Program at the University of Utah School of Medicine for almost two decades, advancing the frontiers of cardiovascular surgery, training generations of cardiac surgeons, and saving countless lives. 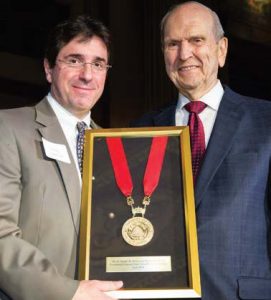 “It is hard to overstate President Nelson’s contributions to his field, and deeply humbling to hold a chair named in his honor,” said Dr. Selzman. “While technology and techniques have advanced, the mission and practice of our cardiothoracic program remains as he established it. We continue to build on the foundation he laid.”

“It is an honor to be recognized by the University of Utah with this chair,” said President Nelson. “I have great faith in Dr. Selzman and am impressed by his leadership of the Division of Cardiothoracic Surgery. I hope that this chair will continue to add luster to the great record of the University of Utah, its medical school, and the department of surgery in particular.”