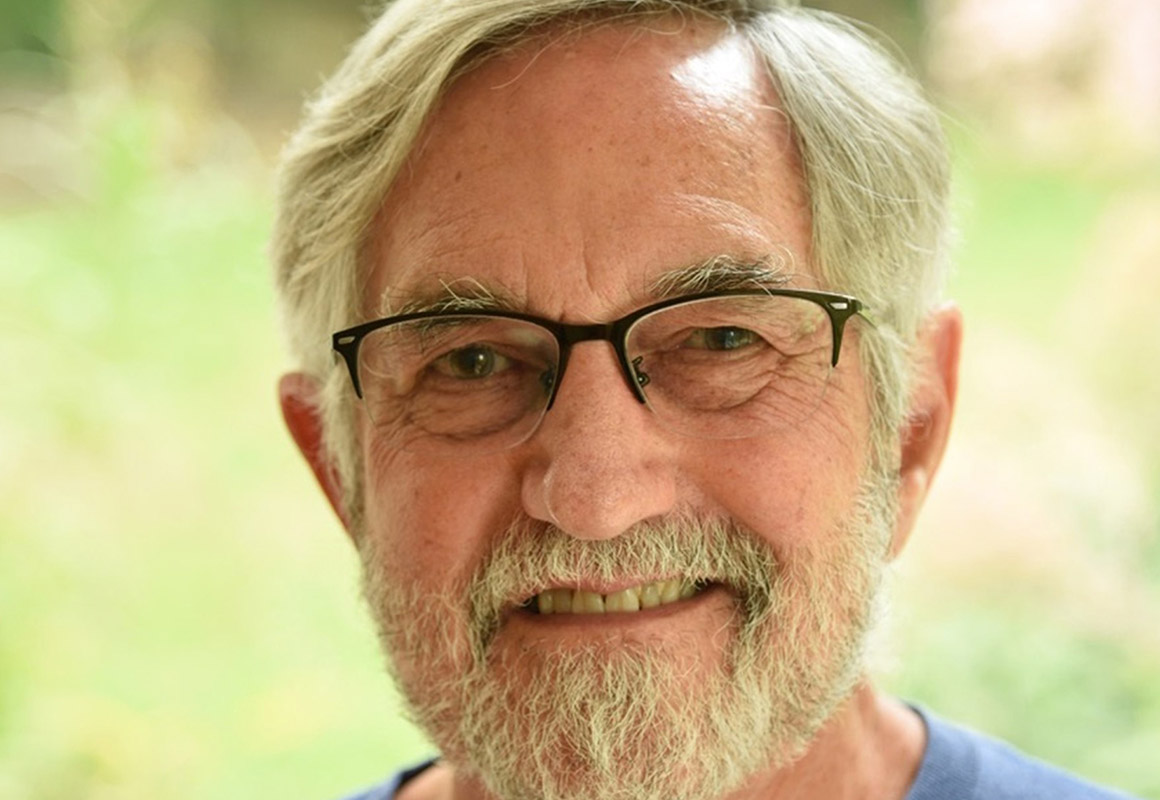 George C. Elliott, PhD’81 in Biology, had a transformative student experience at the U. Along the way
he learned many valuable lessons. Now he wants to pay it forward.

“My wife, Lissa, and I are fortunate to be able to provide a Planned Gift to the School of Biological Sciences at the University of Utah. The education I received while earning my PhD in Biology was instrumental in providing us with an enjoyable life together, and we feel it is important to ensure that the programs we benefited from can continue for the benefit of those who follow,” says Elliott.

“We know one way to do this is to contribute to the creation of a lasting legacy in the School of Biological Sciences.”

“My graduate career at the U actually began in 1973,” says Elliott. “I was one of only two students accepted into the molecular/cellular/genetics part of the Biology Department that had been newly constructed by K. Gordon Lark. Gordon had hired a dozen or more new professors, mostly young and engaged in a potpourri of cutting edge, exciting research.”

While at the U, Elliott chose to work with Marty Rechsteiner, now a Distinguished Professor Emeritus
in Biochemistry, who was continually coming up with new ways to look at intracellular small-molecule and large-molecule metabolism.

“The lessons I learned working with Marty and in my interactions with biology faculty such as Toto Olivera, Mario Capecchi, Dana Carroll, Bill Gray and others, stayed with me for the rest of my career, whether in research or at the Patent and Trademark Office.”

Elliott retired from the United States Patent and Trademark Office (USPTO) in 2016 following an auspicious career as, first, a patent examiner, manager and Group Director of the Tech Center responsible for biotechnology and pharmaceutical patent examination, and finally as Deputy Chief Policy Officer for Operations in the Office of Policy and International Affairs.

The Office of the Administrator for Policy and International Affairs at USPTO assists the Under Secretary of Commerce for Intellectual Property and Director of the U.S. Patent and Trademark Office in advising the President and federal agencies on domestic and international IP issues as well as on United States treaty obligations.

“The successful biology department that Gordon Lark built could not have happened without the vision and resources of alumni and friends who were willing to support his efforts. Lissa and I are grateful that those resources helped give us a life together that allows us now to give back,” says Elliott.

“We hope other alumni and friends of the Biological Sciences will take advantage of the wonderful opportunity to provide for future generations of students through a Planned Gift.”