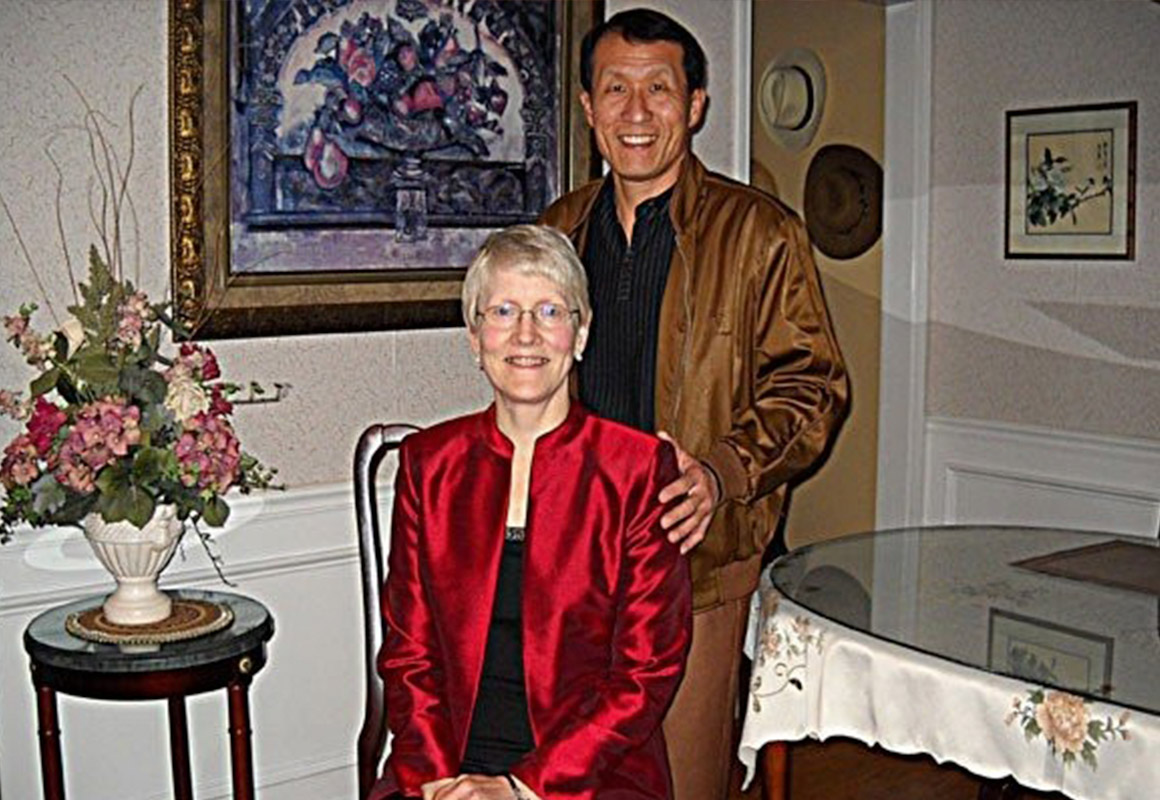 Each of us, in the varied paths we take in our adult lives, can trace our successes back to some rarely celebrated but larger-than-life individuals who, through their sacrifice, gentle care, and nurturing, guided us through some of our most challenging times and laid the foundation for our successes later in life... It is to them that this initiative and the awards for mentoring are dedicated, and above all, to one exceptional and selfless individual - Howard N. Sloane.

With a desire to make a difference and to give back to his alma mater, Gene Liu and his wife Diane made a legacy gift in 2013 to honor former University of Utah professor emeritus Howard Sloane, and other mentors who are enhancing the experience of college students. Through the Howard N. Sloane Mentoring Initiative, senior faculty in the College of Education will provide mentoring to junior faculty, who will in turn provide it to graduate students, who will then mentor undergraduate students, resulting in a cascade of mentoring that will create greater certainty of success for students and faculty alike.

"The extraordinary planned gift from Diane and Gene Liu invites more experienced members of the College of Education community to assist and guide newcomers, " says Maria Franquiz, former dean of the College of Education (2014-2017). "Such mentorship will certainly transform the preparation of teachers, counselors, behavior analysts, educational psychologists, and school and community leaders for generations to come."

Gene's interest in mentoring comes from deep within his personal experience.  He was born in Shanghai, China, in 1957 during a time of tremendous turmoil. After being orphaned when he was about 6 years old, his teachers caringly guided him through his school years. Later, after discovering some letters his mother had left for him before she died, he realized he must set his sights much, much higher. Inspired by her dreams, Gene was determined to attain a graduate degree and applied to dozens of universities in the U.S. Six years later he received a letter from Howard Sloane at the University of Utah' s Department of Educational Psychology, accepting him as a doctoral candidate, with a tuition waiver and a $3,000 first-year stipend. "You can imagine the ecstasy I felt. I simply couldn't believe what I was reading," he says. With the letter, he was able to receive a passport from the Chinese government and a student visa from the U.S. Consulate in Shanghai.

With this new mentoring initiative, Gene and Diane demonstrated their gratitude to the University of Utah and especially to his mentor, Howard N. Sloane, who patiently guided him through the never-ending obstacles he experienced as a student.

"He was more than a professor and a mentor to me. He was the father I never had," says Gene. "He changed my life forever and allowed me to become the person I am today. He gave me the opportunity to fulfill the dream my mother left behind and I know for certain she would be proud if she were around today."

Gene is hopeful that, through the Howard N. Sloane Mentoring Initiative, the College of Education will create a culture in which students and faculty alike feel supported to pursue their educational aspiration and that the college, in turn, will become a magnet for attracting highly motivated and qualified individuals to come to study, to teach, and to thrive.