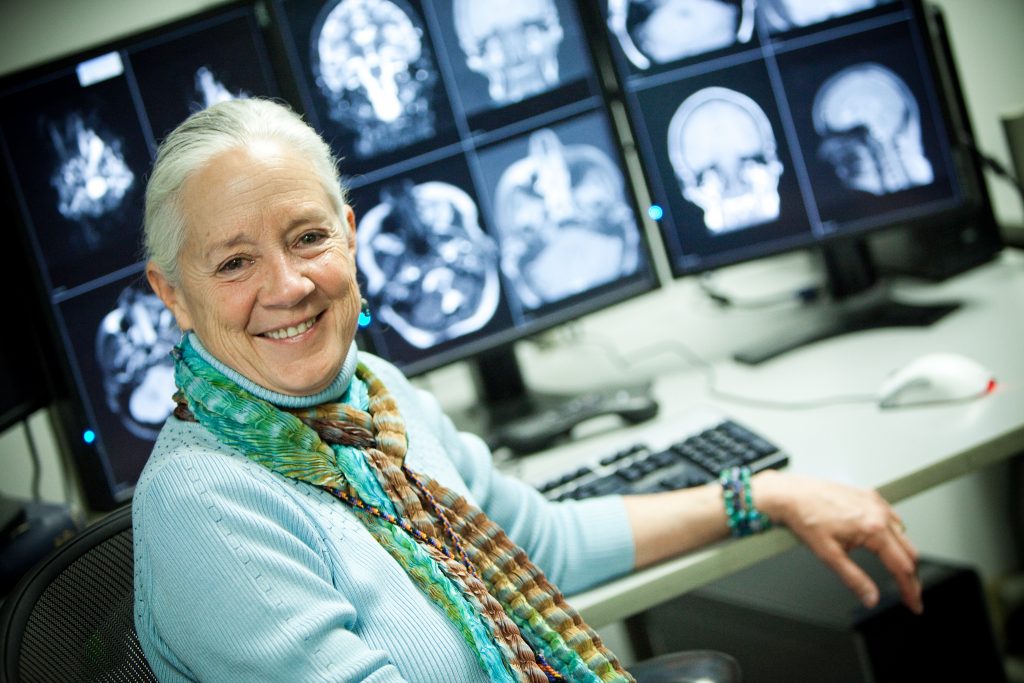 Renowned radiologist Anne Osborn understands the power of endowed chairs, as both an acclaimed recipient and a benefactor who supports them. So when University of Utah Health announced the creation of an endowed chair in radiology in her name, it felt to her like the culmination of a lifetime’s work.

In her more than four decades at the University of Utah, Osborn has distinguished herself as an internationally recognized expert in the field of neuroradiology. She is the author of numerous textbooks considered to be discipline standards in diagnosing brain disease and the co-creator of the first comprehensive imaging reference system for points of care. She was also the first woman to head the American Society of Neuroradiology. In 1996, for her accomplishments, Osborn was awarded the William H. and Patricia W. Child Presidential Endowed Chair in Radiology Honoring Pioneering Utah Women in Medicine and the Rosenblatt Prize for Excellence, the U’s most prestigious faculty award.

“I know firsthand the importance of endowed chairs and their power to help faculty and researchers. That’s why I also support them,” she says. Osborn and her late husband, Ronald E. Poelman, a former general authority in The Church of Jesus Christ of Latter-day Saints, gave to and established a number of endowed chairs over the course of several decades, supporting efforts across campus in English and other humanities, the fine arts, and medicine, including radiology.

In recognition of her substantial intellectual, educational, and philanthropic contributions, the University of Utah Hospital Foundation matched a contribution from Osborn to establish a chair in her name: the Anne G. Osborn, MD Endowed Chair in the Department of Radiology and Imaging Sciences.

Satoshi Minoshima was installed as the first chairholder at a celebration in April of this year. “This is an incredible honor not just for me personally, but for our entire department,” Minoshima says. “Dr. Osborn’s accomplishments and contributions to our field are storied. She is a pioneering researcher, an inspiring educator, and a thoughtful colleague who has contributed to the health and well-being of countless patients and practitioners. I am thankful to call her a colleague and proud to bear her standard. Her name will continue to be a part of this department in perpetuity.”

“Radiology is my home,” Osborn says. “It has been my privilege to witness and be a part of the evolution of this exciting field. As new discoveries continue to be made, it’s clear that imaging will continue to play a central role in precision medicine. I have every confidence in Dr. Minoshima’s leadership and the direction he is setting. I’m proud that I get to play a role in the future.”