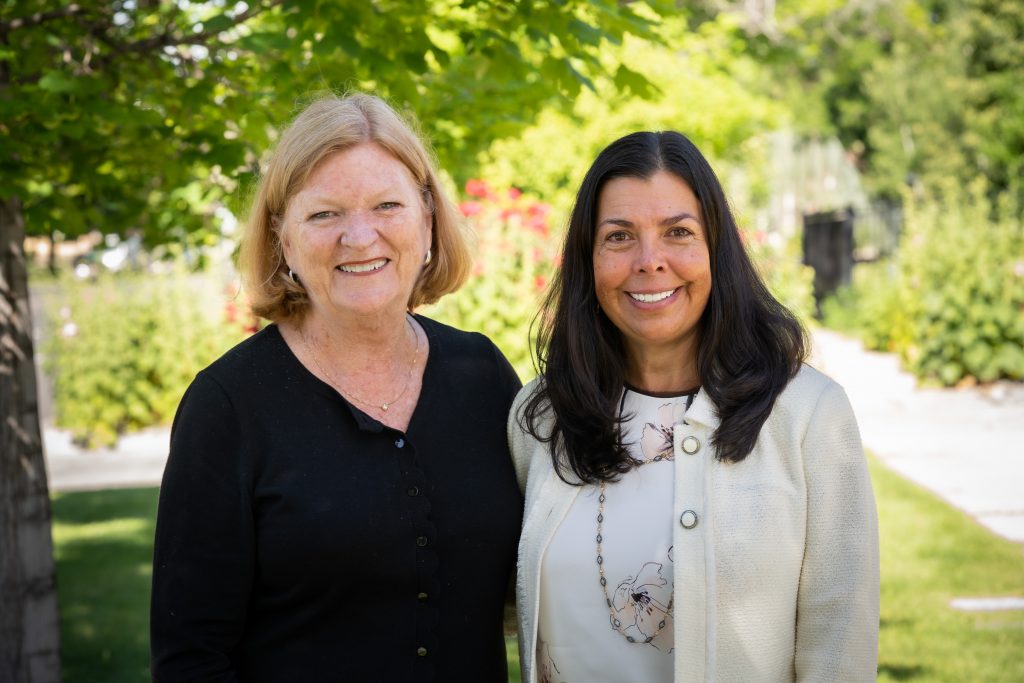 When Kimberly Johnston received an email last fall about an alumni event in Houston sponsored by the David Eccles School of Business, her thoughts immediately turned to a cherished piece of paper in her personal files. The letter, dated June 8, 1989, and announcing her selection as a Bamberger Foundation Scholarship recipient, was a lifeline.

“I have kept it over the years and many moves—it is still a treasure to me,” reflects Johnston. This memory made her think it was time to pay it forward.

Johnston grew up in Utah under humble circumstances. She had strong female role models in her mother and grandmother, but no one in her family had pursued a college education.

“I was first to attend and graduate from college,”Johnston says. “I worked hard to get through, both in my studies and working to pay tuition. I had one year left of school and was afraid I would not graduate because of financial concerns. I applied for the Ruth Eleanor Bamberger and John Ernest Bamberger Memorial Foundation Scholarship to see me to the finish line.”

“While I desperately needed the money to achieve my dream of a college education, the effects of this award went far beyond the financial assistance,” she says. “Someone believed in me enough to invest in my future.”

The Ruth Eleanor Bamberger and John Ernest Bamberger Memorial Foundation was established in 1947 after Ernest and Eleanor Bamberger tragically lost their only children, Ruth Eleanor and John Ernest, early in life. Ernest and Eleanor were civic leaders and humanitarians who contributed to the community both financially and by volunteering their time. The foundation made its first gift to the University of Utah in 1963 and has generously contributed to helping students and young people reach their individual potential through educational opportunities and scholarships as well as supporting crisis care and protective services.

“The impact of this scholarship pushed me to do my best, not only in college, but in my career. I knew this award represented the hopes and dreams of two children who never had the chance to live a full life,” Johnston says. “I did everything I could to honor their legacy.”

And she has done well by that goal. Johnston is now a national tax partner in the Energy Practice at EY in Houston and was previously a corporate officer for a Fortune 500 energy company, CenterPoint Energy. She has also served on boards of charitable organizations dedicated to empowering Houstonians in need. 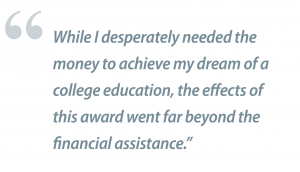 “When I received the alumni event email, I knew it was time that my giving back included the David Eccles School of Business,” she recalls.

When she visited campus recently—her first time in nearly three decades—Johnston was overwhelmed by the new buildings and student programming. But perhaps the highlight of her day was meeting Julie Barrett of the Bamberger Memorial Foundation over breakfast. Through tears, Johnston told Barrett her story and thanked her personally for what the scholarship meant to her.

Barrett, a foundation trustee, voted to scholarship Johnston those many years ago.

“It is so gratifying to help students like Kimberly,” says Barrett. While I have been a trustee for more than 30 years, this is one of the most impactful stories of how our scholarship changed a life. She is the poster child of what our foundation hopes to do!”