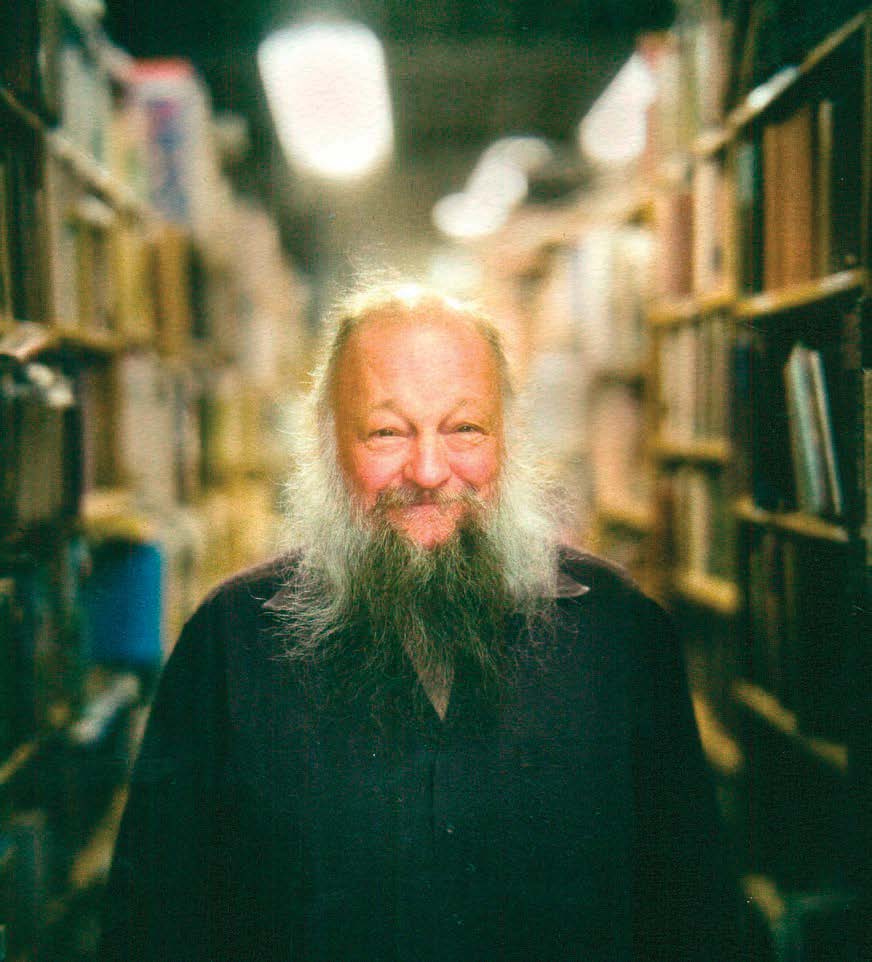 Ken Sanders in the stacks at his Salt Lake City bookshop

“When I was a kid in the early 1960s, my father, Stan Sanders, started collecting postcards of Utah,” says Salt Lake City bookseller Ken Sanders. “Dad was very obsessive about everything he collected and he pretty much bought every postcard ever offered to him.” The thousands of cards were sorted, labeled, and kept in boxes with handmade dividers separating the collection into three categories: Utah towns and cities, Utah geographical areas, and Utah topical categories.

Aware of the cards from the time he was 10, Ken didn’t realize their importance until much later. For more than 50 years the collection grew to overflow endless shoe boxes. “There were more than 500 photo postcards of swimmers at Saltair, of small towns, and places that are one-of-a-kind, like the first airplane landing in Beaver, Utah, or Haley’s Comet streaking across Salt Lake City in 1910,” he says.

In settling his father’s estate (Stan Sanders died almost 10 years ago), the collection was becoming a bit of a white elephant for Ken, so he talked with Greg Thompson, associate dean of the University of Utah’s J. Willard Marriott Library, for ideas on what to do with it. Together, they came up with a plan for a selection of the postcards to be an addendum to the already-existing Harold Stanley Sanders Collection in the library’s Special Collections Department. 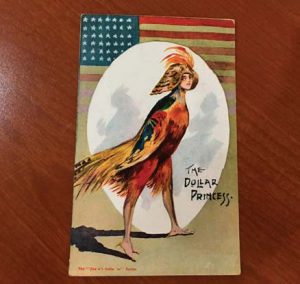 A postcard for The Dollar Princess, a musical in three acts, adapted from German into English in 1907

“The use of postcards is an important way for special collections like ours to document the local communities and various components of the region in a time-framed way,” says Thompson. “The Stan Sanders Collection does this with extraordinary depth and breadth. Ken’s father clearly knew what he was doing and understood Utah, its history, and its culture.”

From Ken’s total assortment of around 20,000 cards, approximately 1,000 diverse postcards of Utah, from the late 19th to late 20th centuries, were selected for the collection—from Maude Adams to Navajo tribes and Utah beaches. “The collection will become an incredible visual reference library and the writing on the backs of the cards will contribute a great deal to Utah’s cultural history,” says Ken.

Marriott archivist Elizabeth Rogers, who is working with the postcards, says the library’s Special Collections is one of Utah’s important and valuable assets. “We are given collections because we can assure people that not only are they taken care of, but they will be available to researchers long after we’re gone.” 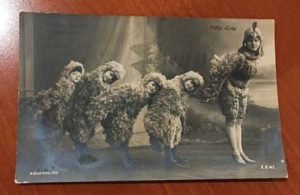 A scene from a production of Chantecler, 1910

Through private and public funding, exceptional collections with national and international reputations for excellence are maintained by the library. Included are personal and professional papers, photos, tapes, and books—essential to Special Collections because the library holds the story of the people of the West. And although its assets do not circulate—often because of the rarity or value of the item and to ensure ready access to researchers—in-house access to the collections can be provided to library patrons by professional librarians and archivists.

“The Stan Sanders Utah Postcard Collection captures Utah’s past like no other medium,” says Ken. “I can’t thank the folks at the Marriott Library enough for having the vision to take it in. It will be a great benefit to anyone interested in Utah’s past.”

We thank Ken for deciding to place it at the library, where it will enrich the holdings in Special Collections for years to come.